I'm pleased to announce that I'm offering two Python courses in Chicago this fall. If you're looking to escape work and have 5 days of intense Python immersion with a Python book author, this might be a good option.

If you've picked up a bit of Python from online tutorials or a workshop, this is a course that will take your skills to the next level. In this class, you'll learn more about using Python to perform various tasks related to data analysis and scripting of common system tasks. Core topics include the essential parts of the Python language (data structures, functions, modules, objects), useful modules in the standard library, and some major third-party packages such as NumPy, matplotlib, and Pandas. During the course, you'll apply what you have learned to some real-world projects involving the analysis of open government data.

The main focus of this course is to bridge the gap between using Python to write simple programs and using it to write larger applications, frameworks, and libraries. Virtually all major features of the Python language are covered in detail, but notable topics include advanced data structures, object oriented programming, functional programming, and metaprogramming. You will learn a lot about the software development techniques used by advanced Python libraries and how you might apply them to your own code.

Both of these courses are taught in a round-table format that is strictly limited to six participants. Not only will you learn from someone who knows Python inside-out, you'll have meaningful interactions with the other participants who are just as enthusiastic about Python as you. More information is available at www.dabeaz.com/chicago/index.html. Hopefully I'll see you in a course.

In Praise of Monument Valley (The Game)

As a programmer and father of young boys, I have something to get off my chest--namely, most of the gaming industry, and especially that aimed at young children, leaves me in a furious rage. Maybe it's the time that a $35 in-app charge for a million popping bubbles showed up on my credit card (thanks Apple). Or maybe it's that whenever I look at what the kids are "playing", they're usually just sitting around watching a timer to see how long they have to wait before a tanker hatches out of an egg, boards a boat, and travels across the ocean to the racetrack to put fuel in their racecar (or pay and race now!). Or the incessant ads, or requests for a Facebook login, or any number of other annoyances that pop up constantly. Who makes this crap?

Well, I can tell you who makes it in the eyes of my kids--dad. Yes, I'm the one who "makes" the games through some kind of magic incantation. Frankly, I'm getting tired of hearing "dad, this game sucks." At this point, I'm pretty reluctant to install any game at all because I know that odds are it will be terrible and I'll be annoyed. However, enough of that.

Over the weekend, I got tipped off to the game Monument Valley. I'm so blown away that I'm motivated to write this brief post. In short, the game is visually stunning, mysterious, and engaging in every way that a game should be. In short: I love it and so do the kids. 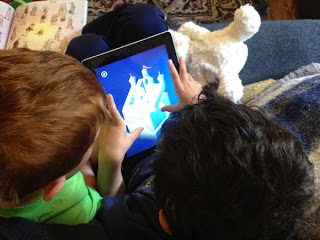 However, it's more than just that. This is a game that is devoid of ads, in-app purchases, waiting around, powerups, gambling, violence, or any other mainstay of modern "gaming." For that, I'd like to heap some praise on its maker Ustwo. Thanks for making Monument Valley. More games like this please! I'll gladly pay. 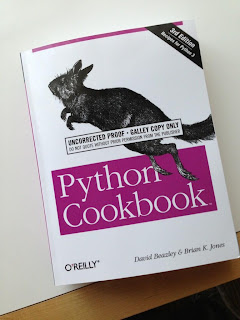 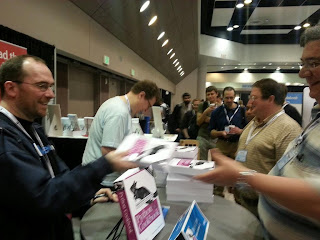 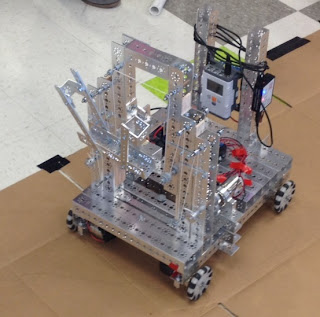